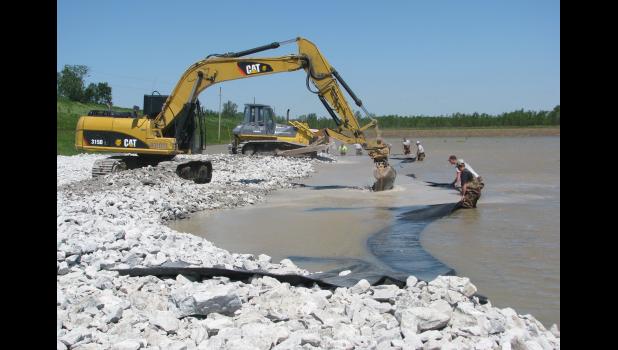 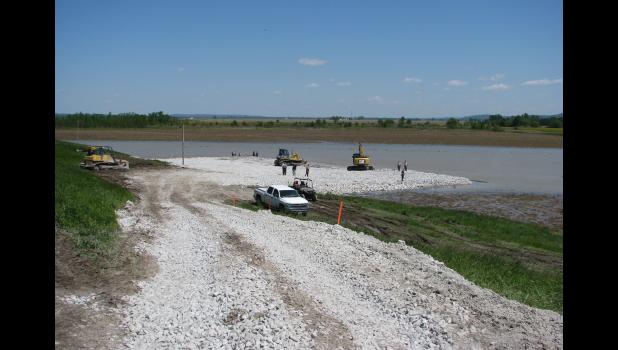 A voluntary evacuation order for all of the areas of Union County which were affected by the recent threat of flooding conditions was lifted Monday afternoon, May 8.

The order was lifted at 4 p.m. Monday in a statement issued by Union County Sheriff Scott Harvel and Union County Board of Commissioners chairperson Bobby Toler Jr.

In the statement which lifted the order, the Union County Sheriff’s Office and the Union County Emergency Management Agency voiced their appreciation “to all the citizens who cooperated with the voluntary evacuation request. We understand that this might have been an inconvenience, but for the safety of the public, it was a necessary action.”

Officials urged local residents to “continue to monitor the conditions in your area as any future precipitation may affect receding river levels, causing additional flooding.”

The lifting of the voluntary evacuation order came after the Mississippi River crested at nearly 46 feet over the weekend.

The National Weather Service office in Paducah reported on its website that flood warnings remained in effect this week for both the Mississippi River and the Big Muddy River.

At 11 a.m. Tuesday, the weather service reported that the Mississippi River’s level at Cape Girardeau was 43.9 feet. Flood stage is 32.0 feet. Major flooding was occurring at Cape Girardeau.

The river was expected to continue to fall to 43.1 feet by Wednesday morning.

The Mississippi River at Thebes was reported to be at 41.8 feet at 11 a.m. Tuesday. Flood stage is 33.0 feet. Moderate flooding was occurring.

The river at Thebes was expected to fall to 41.1 feet by Wednesday morning.

The Big Muddy River at Murphysboro was reported to be at 36.0 feet at 9 a.m. Tuesday. Flood stage is 22.0 feet. Moderate flooding was occurring.

The Big Muddy River was expected to fall to a stage of 35.0 feet by Wednesday morning.

Falling river levels came as welcome news for those in the Union County area who have been impacted by the flooding.

The alert encouraged all residents residing in low lying areas, particularly those living in the Mississippi River bottom lands, to be aware of the potential for flooding.

Residents were advised to seek shelter outside of low lying areas.

As of May 4, conditions continued to change as river levels rose.

On May 5, the Union County Sheriff’s Office and the Union County Emergency Management Agency advised residents who reside in low lying areas that were prone to flooding to take precautions and consider evacuation until river stages fall to safe levels.

Until further notice, all normal siren testing was suspended.

As a warning to the residents in the Wolf Lake and Ware area, in the event of a levee breach/flooding situation, the tornado sirens were to have been activated for a three-minute period.

On May 4, several sand boils were identified in a specific area located west of Wolf Lake on the east side of the Mississippi River levee.

Efforts from local, state and federal agencies worked  continuously to stabilize the sand boils that posed a risk to the integrity of the levee system and appeared to have been successful.

However, officials emphasized that this did not eliminate the fact that the river levels were still at dangerous levels as they continued to rise and evacuation should have been a consideration.

For quick evacuation, residents were urged to assemble “items of personal need” such as medications and all forms of personal identification.

Due to the serious flooding hazard, by the authority of the levee district and the Union County Sheriff Scott Harvel, all levee roads were closed to public traffic.

Crews who were working to stabilize the sand boil near Wolf Lake received some good news late Saturday morning.

Word came shortly after 11 a.m. Saturday that the predicted flood crest for the Mississippi River had been lowered from 48 feet to 46 feet.

Work to stabilize the sand boil began Thursday afternoon, May 4, and continued nonstop. Truck load after truck load of rock was brought to the site.

The rock was put over a plastic/nylon liner. Volunteer workers stood in water while heavy equipment moved the rock into place Saturday morning at the site, which was in the Preston drainage district.

Those at the scene praised the work which was being done to stabilize the sand boil.

The work, and monitoring of the situation, involved the Illinois Department of Transportation, the Union County Highway Department, the drainage district, E.T. Simonds, Illinois State Police, the Union County Sheriff’s Office, the Illinois Emergency Management Agency, the Union County Emergency Management Agency, the U.S. Army Corps of Engineers, Schaefer Excavating and many other local volunteers. People also provided food to those helping with the work. Workers at the scene also voiced appreciation to Anna Quarries for its cooperation.

With the flood situation improving, Shawnee School District No. 84 was able to resume classes Tuesday morning.

Classes were not in session Friday and again on Monday due to the flooding.

Shawnee School District superintendent Shelly Clover-Hill shared on Facebook last week that “we have been in constant contact with officials (including the Army Corps of Engineers) regarding the conditions of the levees, rivers and other areas prone to flooding throughout the district.”

The district serves parts of Union, Alexander and Jackson counties, including flood-prone areas.

“Please remain safe during this difficult time and hopefully this will be behind us very soon,” Clover-Hill added.

On a subsequent message, Clover-Hill reported that due to the voluntary evacuation order from the Union County Sheriff’s Office, the district would not be in session on Friday. All practices and events, including weekend activities, were cancelled. School and related activities were cancelled on Monday also.

School was back in session on Tuesday. Some of the district’s approximately 370 to 375 students were still having to use boats as they made their way to school.

The Union County Sheriff’s Office also reported on Tuesday that flood-related issues were still causing concerns along the Old Cape Road southwest of Jonesboro and on Illinois Route 127 near Alto Pass.