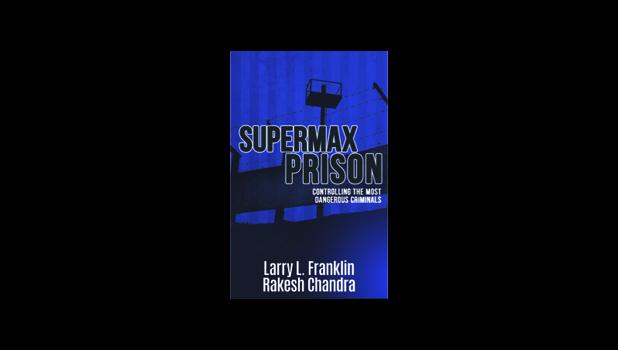 Four years have passed since the Tamms Correctional Center shut down, but its story isn’t over.

That is according to Larry Franklin, co-author of “Supermax Prison: Controlling the Most Dangerous Criminals,” which tells the story of the Tamms supermax and its legacy.

The top-level security prison was designed to protect correctional officers at the prison from the inmates and to protect the inmates from each other by limiting face-to-face interactions.

The prison was only operational from 1998-2013, but 15 years was plenty long enough for human rights advocacy groups to argue for its closing, citing inhumane treatment of inmates and operation costs as motivations.

Franklin, a resident of Makanda, said he “didn’t have much interest” in the controversy surrounding the prison as it happened.

Former Tamms supermax psychiatrist Rakesh Chandra, MD JD, approached Franklin 20 months ago and proposed a book about the prison, offering insight into the troubled minds of many in the Tamms system.

“When I met with Dr. Chandra, it was decided that I would actually write the book,” Franklin said. “He gave me some names of people that were involved with Tamms prison. That was where I started from.”

Franklin said that each of the people he spoke to gave him others to contact, leading him in many directions. “If you keep an open mind, it’s going to lead you down a different journey.”

The book features testimonies from the task force that sought to establish the prison, correctional officers, mental health workers, inmates and administrators who were all involved with the prison or other prisons in Illinois. Many voices from the community appear to show multiple perspectives and understandings of the prison.

Franklin devotes a number of pages to the mental effects the supermax had on the inmates. The facility’s policy meant that inmates spent an average of 23 hours a day in solitary confinement. Contact with guards and other inmates was minimal and heavily supervised.

Detailed accounts of how several inmates made it to Tamms are given, along with their experiences at the facility.

“’There were weeks when I didn’t speak a word,’” said Adolfo Davis, an inmate who has been in the prison system since he was 14. “’The lack of human contact was unbearable.’”

Regarding Davis’s case, Franklin commented that “it’s not like they put him in a hole. But is it bad? Yes it’s bad.”

Franklin also included the written testament of an inmate that was used in state congressional hearings.

“You go to a small cage to walk in circles and the wall is all concrete...we never have direct physical contact with the guards or other inmates. I will ask you, ‘Lock yourself in your bathroom for the next 18 years and tell me how it will affect your mind.’”

Other testimonies Franklin collected from those locked up in Tamms were content there, as they were protected from other prison gangs or from the possibility of hurting other people.

An inmate named Demeterious said “’I’m making progress with my state of mind. I’m labeled as a paranoid schizophrenic. I don’t have to worry about my safety while I’m here in Tamms...I need a place where I can be safe.’”

Another prisoner, Doss, said that “Tamms has an excellent mental health unit. I am keeping myself in check. Because the staff care, I can feel this...’”

“But when short-term isolation became permanent and misery slipped through the prison walls, public outcries rattled the airwaves,” the book states, referring to the era of protests against the prison between 2009 and 2013.

The mounting claims of maltreatment of inmates, along with the $26 million annual cost of running the large facility that housed significantly below its capacity caught up with Tamms.

In the book, Franklin described the action from Illinois government as “a temporary bandage on society’s unwillingness to make a long-term commitment to the treatment of mental illnesses in the penal system.”

The book goes on to discuss the economic aftermath for Southern Illinois, particularly in the small town where the facility was located.

“Drive into the village of Tamms and you will find one gas station with two pumps held together by duct tape, a one-time busy restaurant open two days a week, a single place where you can buy a gallon of milk and a loaf of bread, and a few citizens trying to get by.

“Tamms seems to be resting in an imaginary lotus position waiting for her services to be needed again.”

After his months spent researching and writing the book, Franklin determined that the supermax, “based on its intent, it was successful. The mistake was keeping them there so long. If prisoners know they won’t get out, their mental condition can actually deteriorate. They have to have hope.”

“While Tamms was meant to be a short-term stay, she was unable to let go of her invited guests.”

Franklin said that the book was set for a mid-June release. The book was going to be made available from online carriers like Amazon and Barnes & Noble, and, potentially, at local shops.