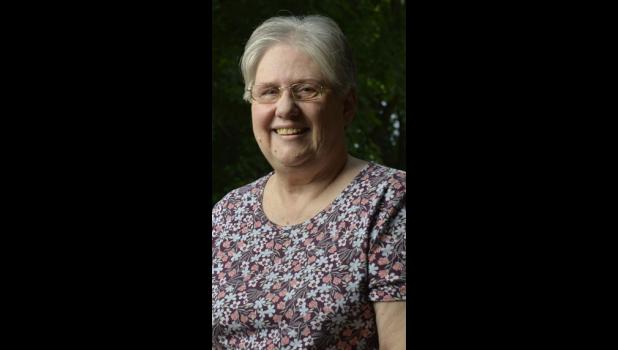 Anna resident Nancy Young honored as Leader Among Us

A Union County woman is a member of the 2018 class of Leaders Among Us who were honored Tuesday, Sept. 18, in Carterville.

Nancy Young of Anna was one of 12 Southern Illinois residents who were recognized as Leaders Among Us.

The program is sponsored by The Southern Business Journal, a publication of The Southern (Illinoisan) newspaper.

During a regional chambers of commerce luncheon which was held Sept. 18 in Carterville, Tom English, the executive editor of The Southern, said that the Leaders Among Us are “outstanding people who, every day, make our businesses, our organizations, schools, churches and communities much better places to live.”

English was quoted in a story which appeared in the Wednesday, Sept. 18, issue of the newspaper.

English noted that nominations for the Leaders Among Us are solicited from across the region each year. Each person received a plaque.

The following article about Nancy Young, along with the photograph which accompanies this article, appears online at thesouthern.com.

Nancy Young’s home in Anna is on a street that bears her last name.

Her father was responsible for not only her house, but many of the others in the neighborhood. He was a developer and ran the local Associated Lumber store.

But Nancy’s definitely made it her own. Works of art that she has painted decorate the walls. She refinished the hardwood floors one plank at a time, all by herself. The ceiling is currently undergoing re-construction, part of another project.

Young, 76, is at home with all of it. As a longtime member of the Shawnee Hills Arts Council/Anna Arts Center board of directors and the group’s former president, building and creating takes a very prominent place in her life, with projects all around.

Under her direction, the local arts program has not only grown, but thrived, encompassing drama, art, music and special events reaching all sectors of Union County’s population.

Plus, she’s helped to secure the center’s financial future through fundraising and strong fiscal responsibility. For Young, it’s been a labor of love.

“I don’t know how long I’ve been involved; my daughter tells me it’s been 10 years,” Young explained.

“I just heard about the center and I started going, seeing what they were doing. I thought it was important, things like introducing children to art and showing how art can be used in other activities. The center got into music and into theater. They’ve been really good at touching all of the bases and that’s what interests me.”

Her fondness for art is life-long. She still paints and Young holds a degree in art education from Southern Illinois University and was an art teacher in Anna for four years. She says art is vital to producing well-rounded children.

“It has been proven that children who participate in music programs and art programs are better citizens and they are more likely to be community-minded and they are also better students,” she said, adding that groups like hers are trying to keep art education available to students.

“More and more schools are closing their music departments and their art departments because of lack of money. We’re trying to bridge the gap.”

Her work at the center goes beyond administrative work. She’s always willing to pick up a paintbrush or swing a hammer.

“I knew I could contribute. I know how to build things and how to paint,” she said, recalling hours of set decoration and building mazes and rooms for a haunted house.

She’s good at recruiting others, too.

“Well, I have brothers, and they’re big and strong and know how to do things. A lot of times, I call them and they come and help me,” she said with a grin.

Young says she likes the sense of accomplishment that comes with a finished project or growth in the arts center.

“I shouldn’t say it, but it does give me some pride,” she admitted. “It makes me very happy to take something and make something more out of it.”

The same goes for her life outside of the art world, too. She worked for nearly two decades for Moore Business Forms in Chicago as a systems analyst before returning to Anna to care for her aging parents.

Today, she continues to work part-time, assisting trucking companies with miles and miles of required paperwork.

“I help truckers with their authorities, permits and that sort of thing. I help file their reports because every state is a little bit different,” she said, giving the example of the process for trucking companies to get a Kentucky Weight Distance License.

“To get a KYU number, you first have to have a Unified Carrier Registration; a lot of people don’t realize that. It’s these little quirks like that I have to know.”

Young says she’s “semi-retired,” but gives no hint as to whether the pun was intended. “I’m working with about 15 companies right now.”

She says working with registration, records and log books has similarities to promoting the arts.

“It’s a lot of phone calls and asking for help and waiting, but eventually you see it through,” she said.