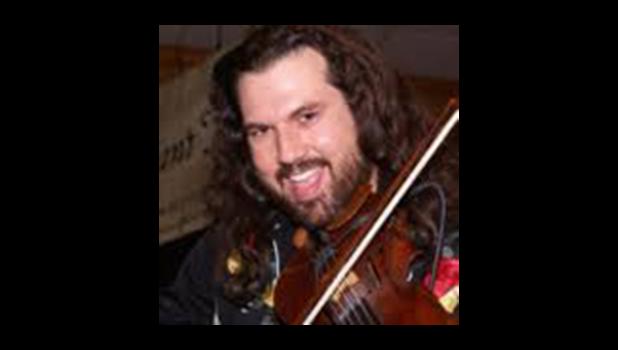 The Shawnee Hills Arts Council’s Anna Arts Center is planning to host Dennis Stroughmatt for a performance of that “Hot Fiddle” on Tuesday, April 5.

Presenting the fast swing fiddling and humorous stories of his mentor Wade Ray, Stroughmatt will play his fiddle, lead the audience through the early years of Old Time Radio and share how music brought America through The Great Depression, World War II and more.

Stroughmatt was taught to play fiddle by a mixture of tradition bearing stylists, including Southeast Missouri French Creole fiddlers Roy Boyer and Charlie Pashia in the tradition of their fathers, and the Southern Illinois Western Swing fiddle legend Wade Ray.

He became an adopted son of the French Midwest Creoles who settled near St. Louis and Cahokia by playing at weekly house parties or “bouillons” and later made journeys that have included studies in Louisiana, Quebec and Tennessee.

Stroughmatt says he finds himself in a unique position as one who can speak knowledgeably of and play in a variety of French Creole and Old-time Western musical styles.

With a master’s degree in history from Southern Illinois University Carbondale and a certificate of French Quebecois studies from the University of Quebec, Stroughmatt is not only a musician but a passionate educator who entertains and teaches his audiences at the same time.

His speaking engagements, residencies and performances include The Smithsonian Folk Life Festival, The Library of Congress, The Kennedy Center, The Missouri Folklore Society and Festival Acadian in Lafayette, La.